Here is what I have been reading this last month: 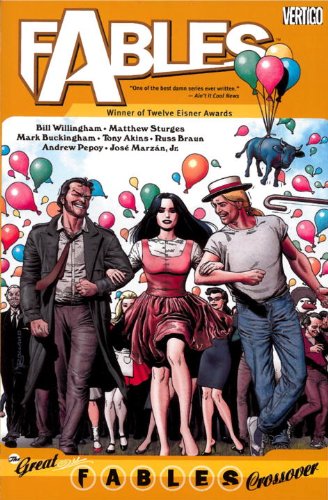 When Jack discovers the existence of The Literals and their leader, he must leave his own adventures behind to warn Fabletown.

This installment of Fables crossovers with the parallel series of Jack the Giant Slayer. Jack is a regular character in the Fables universe but I haven’t read any of his spin off adventures. It is a bit tricky reading a crossover episode when you only know one half of the story. Like the crossover Buffy/Angel episodes I always felt like I was missing out on some of the info because I didn’t follow the Angel series.

In this crossover the threat, villain and hero all come from the Jack series and as the concept of the Literals, who can rewrite the universe at any whim, was also new to me I felt like I spent a lot of the time playing catch up to understand what is going on.

That being said this installment had some great moments. I loved the literary Genre’s battling it out and laughed a lot at their antics. It was also very amusing to see Bigby as a little girl and still owning the battlefield.

I just need Rose Red to stop moping about and to learn a bit more about Mr Dark. I am looking forward to seeing how the Fables story progresses, and for Jack to return to his own misadventures. 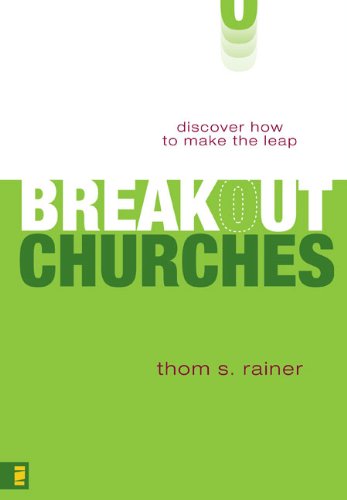 Breakout Churches- what does it take for your church to break out of mediocrity? In search of answers, Thom Rainer and his research team conducted a landmark study on the church. Unfolding the findings of that study, Breakout Churches furnishes both principles and examples to show how you as a pastor or church leader can help your church break out of the status quo into unprecedented fruitfulness. Of the thousands of churches examined in the study, thirteen met the criteria for a breakout church. All of them experienced both a period of struggle and a time of sustained breakout growth under the same pastor s leadership. Transitioning from mediocrity to excellence over several years, they grew to have an impact on the entire community. Breakout Churches tells the story of these churches and their pastors. And, using a statistical approach, it identifies key patterns and characteristics common to churches that experienced turnarounds.

As you can see, I am continuing with my goal of reading one piece of non-fiction for every two fiction books. This month I read another book by Thom S. Rainer and it was another challenging read. The trouble is that a lot of what he says makes sense and seems reasonably clear, so much so that you get that itchy feeling of ‘I am going to have to do something about this’.

The book is all about how churches can recover and move on from a period of decline into a period of growth and it’s very closely based on the Business book; from Good to Great. It is interesting to see how far ideas from the business world can be applied to church organisations. There is more overlap than you would think!

Mostly, what I love about this book is it’s heart and honesty. The author obviously cares about local churches of all sizes and he wants to lift up it’s leaders, not beat them up. Also he is frank and open about the troubles that breakout churches experience. He offers a very realistic and at the same time, faith-filled, picture of the journey churches take to break out of decline.

Definitely one to read if you are involved in churches!

This last month I have read one book that really challenged my thinking and got me working hard on some projects, and another book that has been pure enjoyable ‘turn-your-brain-off-and-the-toaster-on’ type reading. 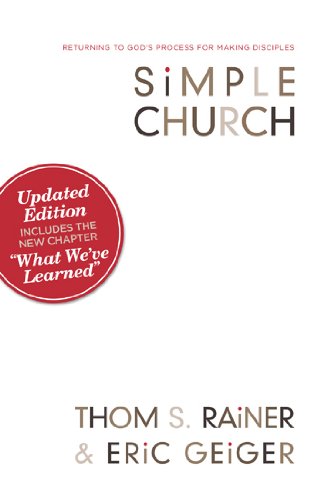 The simple revolution is here. From the design of Apple products to Google’s uncluttered homepage, simple ideas are changing the world.
Now in paperback, multi-awarded #1 national bestseller “Simple Church” guides Christians back to the simple gospel-sharing methods of Jesus. No bells or whistles required. With insights based on case studies of 400 American churches, Thom Rainer and Eric Geiger prove the disciple-making process is often too complex. Simple churches thrive by taking four ideas to heart:
Clarity. Movement. Alignment. Focus.

My Pastor leant this book to me when I joined the discipleship team at church. The main premise is that churches grow when they have a simple process that allows the curious to grow into disciples. A lot of what this book said made sense to me as I often see that people do want to grow in their faith but the next step forward isn’t always clear to take.

I think this is a really good read for anyone who is involved in ministry in a church – although be warned, it does leave you with that uncomfortable ‘I gotta go and make some changes’ feeling.

I picked this up in a charity shop in Ilkley. I forget which one it is, but one of the shops has a big book section including a shelf for ‘Collectible’ items. There are always some beautiful second-hand, hard-backed treasures to find there, and now that I have a baby I can start investing in children’s books!

I admit I picked this one out purely for the gorgeous blue cover, but it turns out the story is a good one too. This edition was printed in 1901 and is very Enid Blyton in style and tone.

Nurse Heatherdale tells the story of her first year looking after the three daughters and one nephew of a noble but cash-strapped gentry family in Cornwall. It has a lot of classic British elements; picnics at the beach, afternoon tea, family scandal and tales of smugglers and ghosts, oh and a bunch of children to have the adventures!

Obviously the language and themes are a bit dated now, but I really enjoyed reading this book, and I can’t wait to read it to Orla when she is older. It has a very cosy, tea and crumpets kind of vibe, and it looks great on the bookshelf!

Here are the books I have got lined up ready to read: